Is it Faith or is it Fear? 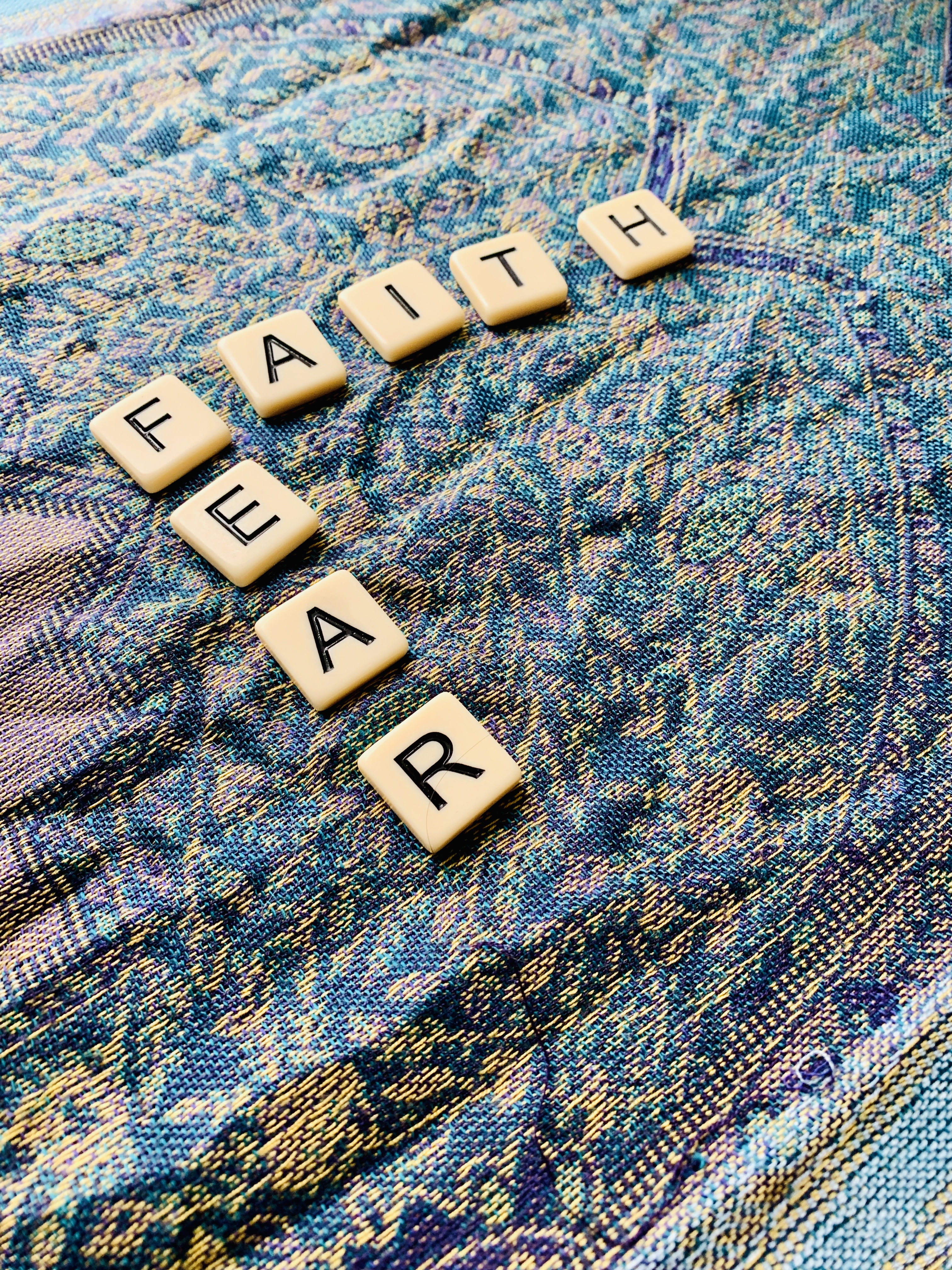 What if I told you that faith and fear are essentially the same? You'd probably think I was a bit off-my-rocker with it, but hear me out.

Last summer, I was listening to a podcast in which the great and powerful Tony Robins was being interviewed. In an attempt to motivate others, as he does so well, he began to describe the "difference" between having faith and being fearful. Through his description, he worked to prove that they are, by definition, nearly synonymous. Let me help you understand this a bit further.

Tony explains that faith and fear both are about the belief of the unknown. He provided an example about driving a car. He shared that this could be a dangerous experience. He noted that, if you can either have faith that the person driving in the opposite direction from you is not going to cross over the line and hit your car, or you can have fear that they will do just that, and never get into a car again. I thought that this was definitely something to ponder.

So why have fear over faith? If they're pretty much the same thing, why choose the one that is going to bring us more misery? Is it something that we are predetermined to do? Are we learning from our environments? Are we living in a world that fear is reinforced, while faith is punished?

I'm not sure I can answer these questions on my own, but I can tell you that it would make our lives a whole lot easier if we chose to have faith. Now, I'm not necessarily talking about religious faith, here, but if you want to take it as such, go for it. I'm also not telling you to live life with ignorance of consequences, because, let's face it, if you break the law - faith or fear - you will likely get persecuted for that breech.

Do you think that we are conditioned to have fear?

If you take a look at our fight-or-flight response, which is said to be ingrained in our chemical makeup to keep us safe and alive, then we can say that fear is something that is chemically based, right? Maybe. It's at least where we can say it started, but it's also based on circumstance and resilience. Think about it. How many people do you know who seem naturally optimistic (this are typically the resilient ones, and in all honesty - they tend to have faith that things will get better or that they are "meant to be" a certain way)? Then, on the flip side, we have those who refuse to dive into anything - they're cautious and see the bad in it all. These people tend to live in fear.

What do you think? How would you rather live?

The choice is up to you. You can either live in fear, being worried about every next step you're going to take, or you can live in faith, with every next move being what is meant for you, regardless of the outcome.

Will you have faith or will you live in fear?

Pittsburgh Psychotherapy Associates is under new ownership as of August 2018! If you see Alissa Klugh, MS, LPC, or Lauren Heaton, MS, LPC, ICAADC, be sure to congratulate them on their new journey.

We are continuously adding new blogs, groups, classes, and services to our practice, with a focus on overall wellness. Check back frequently for updates!